Home to North America's tallest brick lighthouse standing at 208 feet tall, Buxton is the hub for all things Hatteras Island. The present lighthouse was built in 1870 and still serves the purpose of warning sailors of the island's treacherous Diamond Shoals. In 1999, the lighthouse made a historic move inland, farther out of the reach of the ever-encroaching Atlantic. The lighthouse keeper's quarters serve as a museum and gift shop and the lighthouse itself is still open for climbing seasonally.

Buxton also houses one of the largest spans of barrier island maritime forest left standing in the southeastern United States with roughly 3,000 acres of lush terrain, over 1,000 of which are dedicated to the NC Coastal Reserve & National Estuarine Research Reserve. The Buxton Woods are perfect for the adventurous nature lover. With various trails weaving in and through the rich island landscape, you'll find numerous species of vegetation and wildlife and will embark upon an experience you're likely never to forget. Hop on the National Park Service's self-guided, 3/4 mile nature loop near the Cape Hatteras Lighthouse and follow the small plaques that explain the formation of the forest, its plants, the animal life and its role in the ecology of the barrier island.

With several beach access points, this bustling little village is also widely known for making the dreams of fishermen worldwide come to fruition at the nationally acclaimed Cape Point. Cape Point is alive with folks fighting big game species, brought in by the close proximity to the Gulf Stream and Labrador Current, a unique contrast of warm, southern currents and a colder, northern current.

In between the villages of Avon and Buxton, you'll find Canadian Hole, one of the most famous windsurfing spots on the East Coast and the most popular and well-known windsurfing spot on Hatteras Island. The site is named for the many visitors from Canada who flock to the island to ride the wind in the Pamlico Sound and consists of a large day-use and parking area with a crosswalk over to the beach.

Find a Rental in Buxton NC 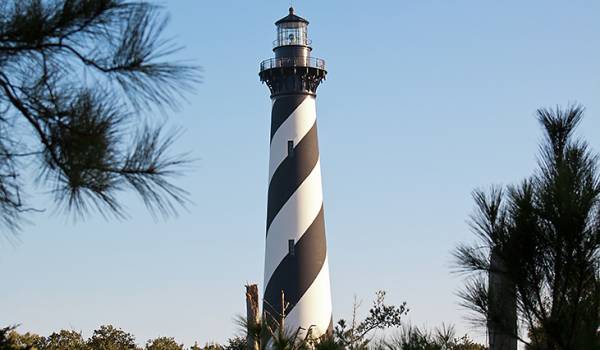 From the history buff to the nature enthusiast, you're sure to find something to pique the interests of everyone in Buxton! Cruise the winding road to Cape Point, stopping at the famous Cape Hatteras Lighthouse. Visit the remaining foundation from where the beacon was moved in 1999, and visit its current location a mere 1,500 feet away. 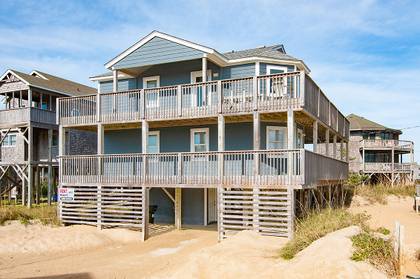 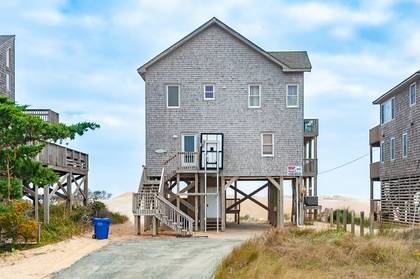 Is there ORV access in Buxton?
Yes, Ramps 43 and 44 are both located in Buxton, just past the Cape Hatteras Lighthouse. Just keep in mind that an ORV beach driving permit is required, and dates and times of use restrictions are set by the National Park Service.
Do I need a ticket to see the Cape Hatteras Lighthouse?
While you do not need a ticket to visit the grounds and view the lighthouse from the outside, a ticket is required to climb the lighthouse. The self-guided climbing tours are self-paced and provides views from the tallest brick lighthouse in North America.
Is there a public beach access in Buxton that doesn’t require an ORV permit?
Yes, one of the easiest public access points would be next to the Cape Hatteras Lighthouse, which is locally known as the former lighthouse location or “the first jetty”. There are two free parking lots available with walk-over points from either lot. During certain months this beach is also lifeguarded.
Is there a grocery store in Buxton?
Yes, there is a locally owned grocery store, Conner’s Super Market, which is full-service with a great deli, fresh-stocked produce and hand-cut meats.