New Facilities at The Frisco Bathhouses

One of the great things about vacationing on Hatteras Island is the convenience of being able to drive on the beach (with the proper permitting, of course). But another great thing is that if you don't have an ORV or choose not to drive out, there are several well-maintained public access points for you to walkover. As we are a national seashore, we have the good fortune of having the National Park Service on our team to help keep our seashore accessible and pristine. One great example of this is the updates that were done over the previous off-season to the Frisco Bathhouse.

Front of the House:

Already an easy and convenient access point on the southern end of Hatteras Island, the Frisco Bathhouse got a very efficient and well-thought-out facelift to its facilities. If you're at all familiar with this location, you'll be pleased to know that the first big to-do item was expanding the parking. Half of the lot that expanded the length of it was previously used for parallel parking. Actual perpendicular spaces have now been installed the full length of the lot on both sides, essentially doubling its parking capacity. Additionally, a clear space was created for emergency vehicles and first responders to easily drive over for medical emergencies. A concrete pad was installed as a homeplace for a dumpster near the bathhouse so that folks will have a convenient receptacle to dispose of their garbage rather than leaving it in the lot or on the beach (pack it in, pack it out, folks!). In addition to some beautiful landscaping, the handicap ramp and stairwells were also redesigned, making the bathhouses much more conveniently accessible.

The Bathhouses and Corresponding Decks:

As the stairwell and ramps were moved, they created bench seating across the front of the house, parallel to the bathrooms. And while there were previously 4 outdoor shower receptacles, the deck has been expanded so there are now 4 shower heads that line either side of the ramp, doubling the shower capacity. This, with an added bank of benches for each row of showerheads, makes rinsing off your little ones much easier with the added space to sit your dry items or kiddos while they wait for other family members. Safety signage has also been added, reminding folks about the risks of rip currents and how to spot them.

Back of the House:

If you've never utilized this access before, there are other great perks for this location that were already installed in previous updates. One of those is a nice, wide handicap ramp on the oceanside of the shower, and the other is a nice observation deck. And then the final bonus is the lifeguard stand, which is staffed from Memorial Day to Labor Day. Living on the seashore, we are sticklers for swim safety, so we're always down for an extra set of eyes to make sure everyone is safe.

View the Gallery Below: 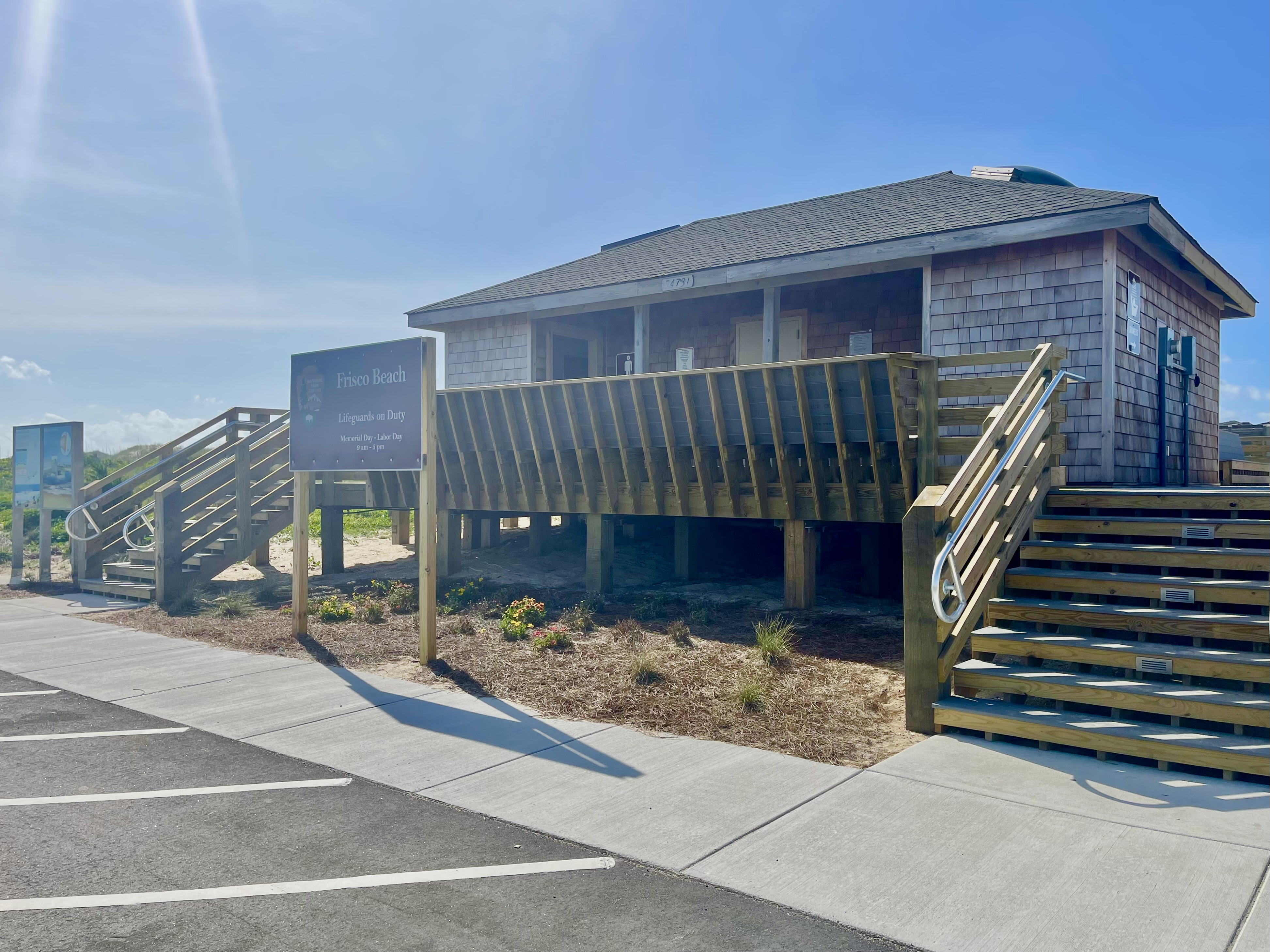 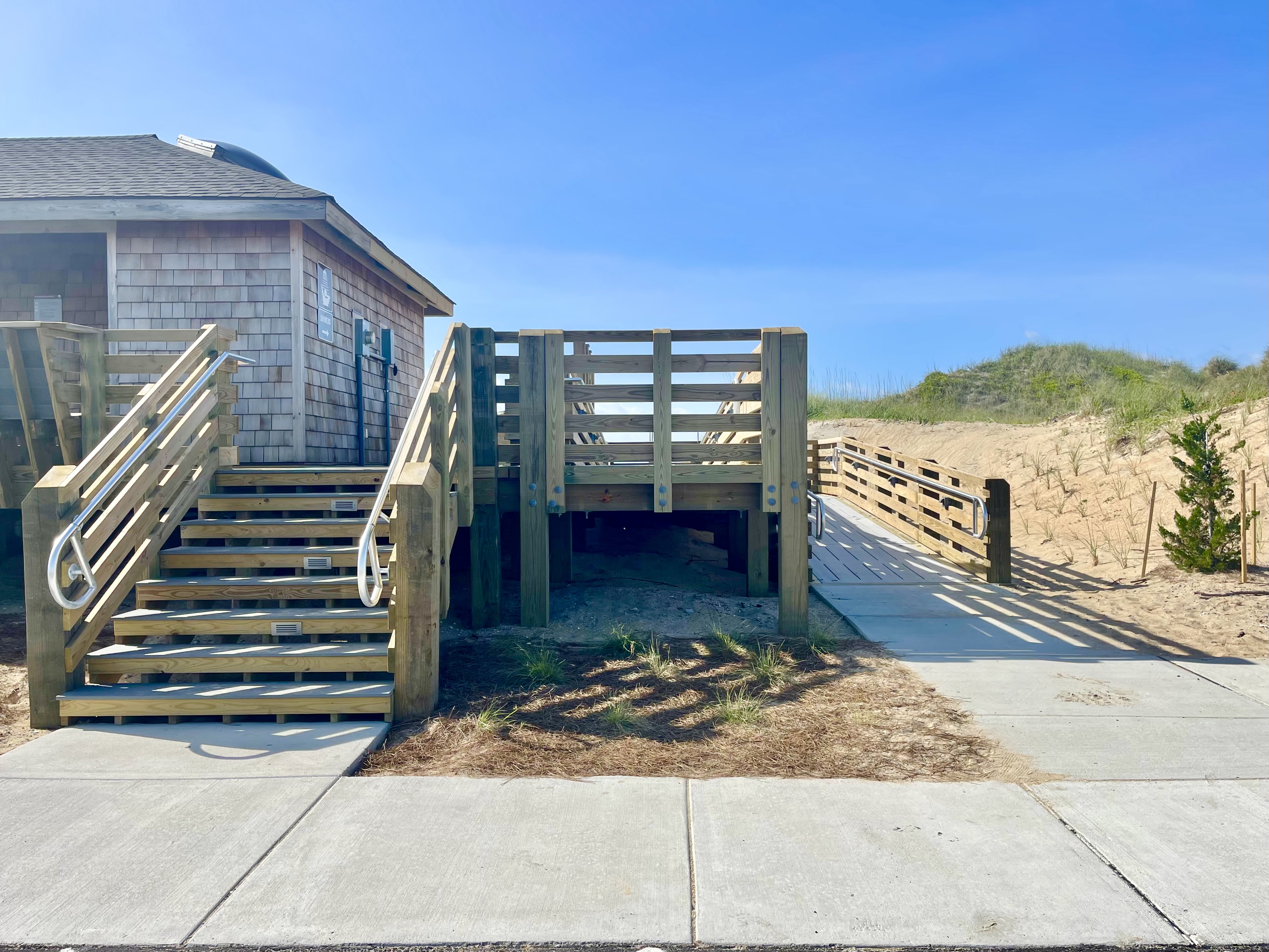 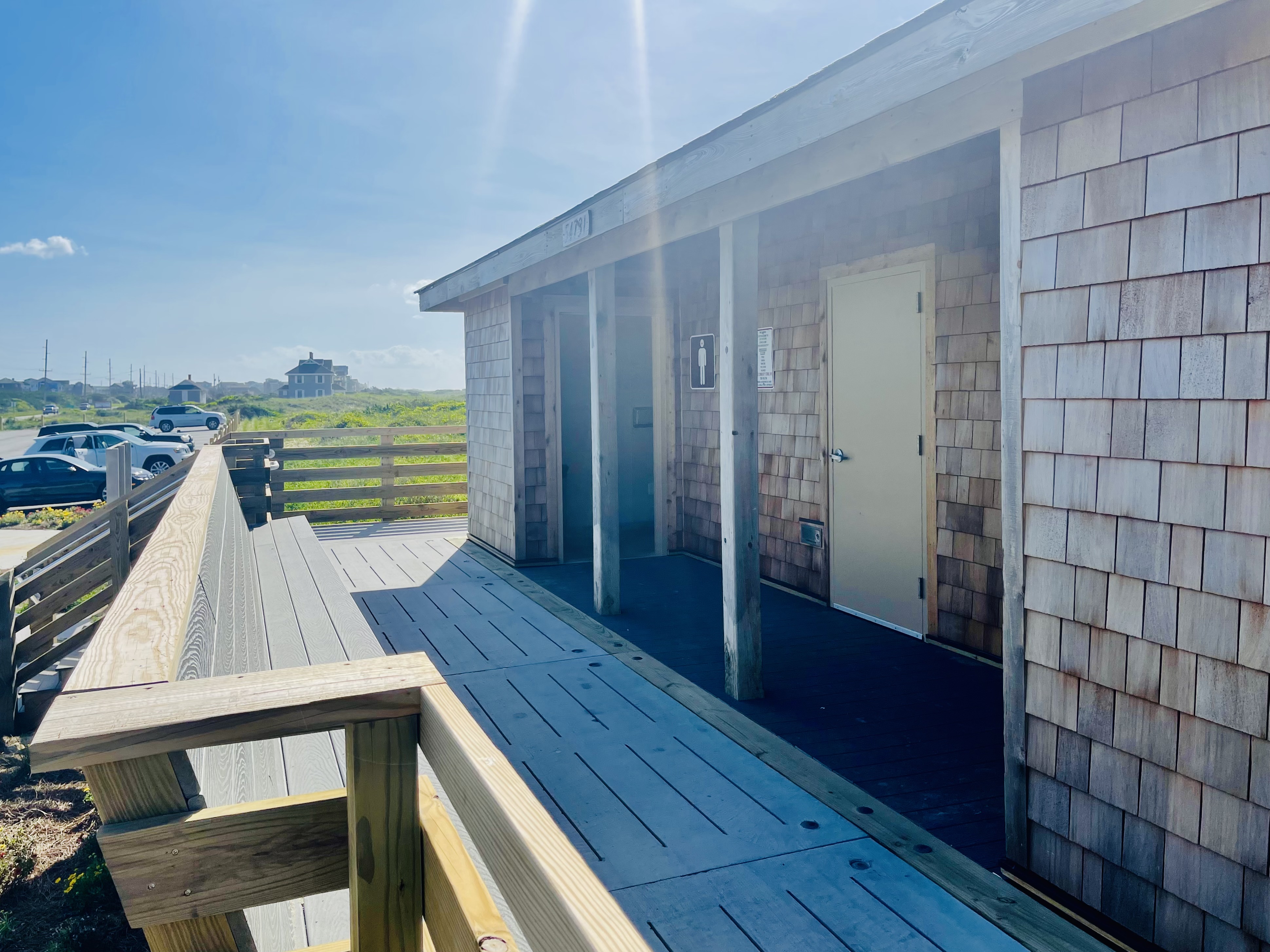 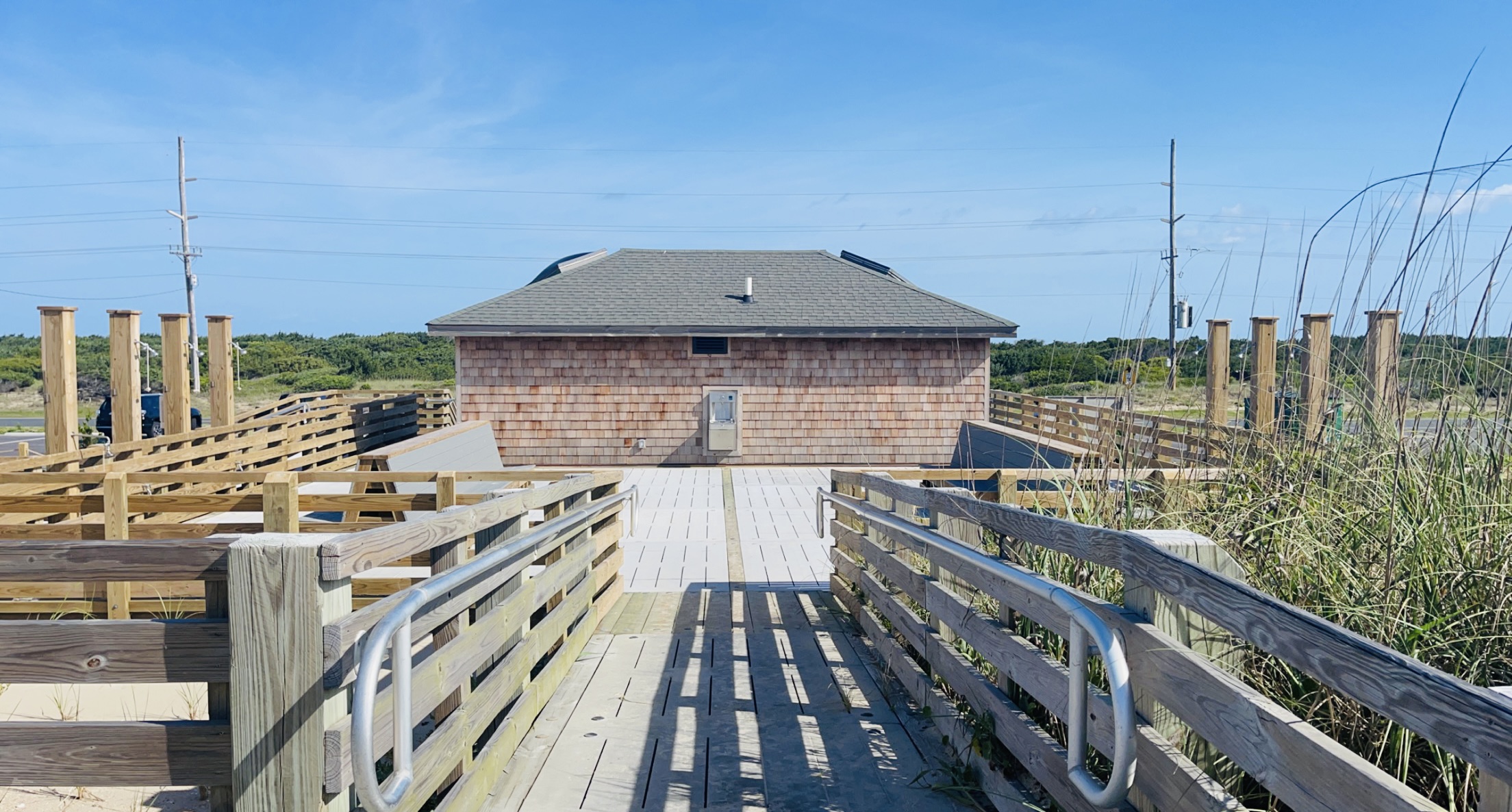 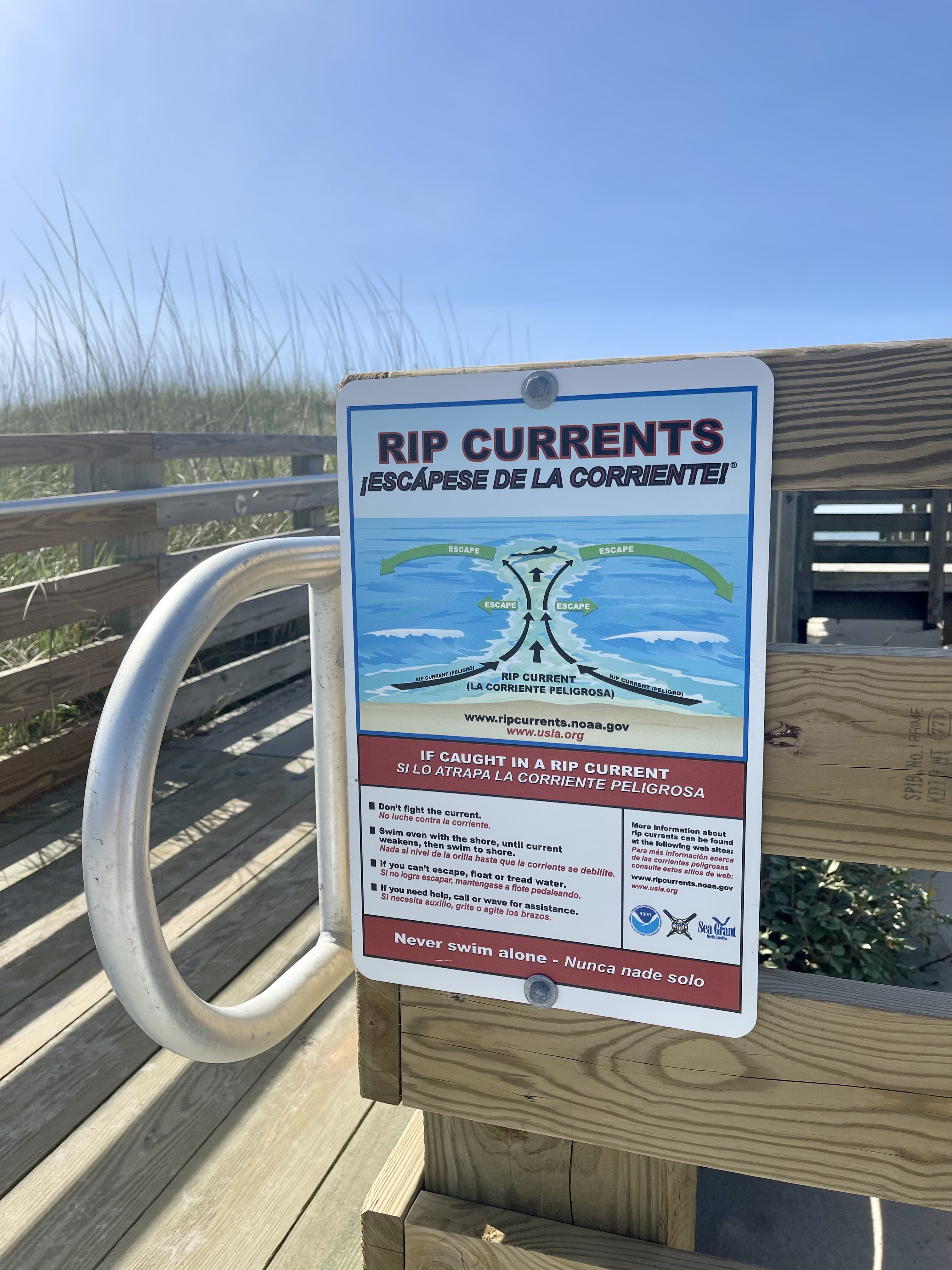 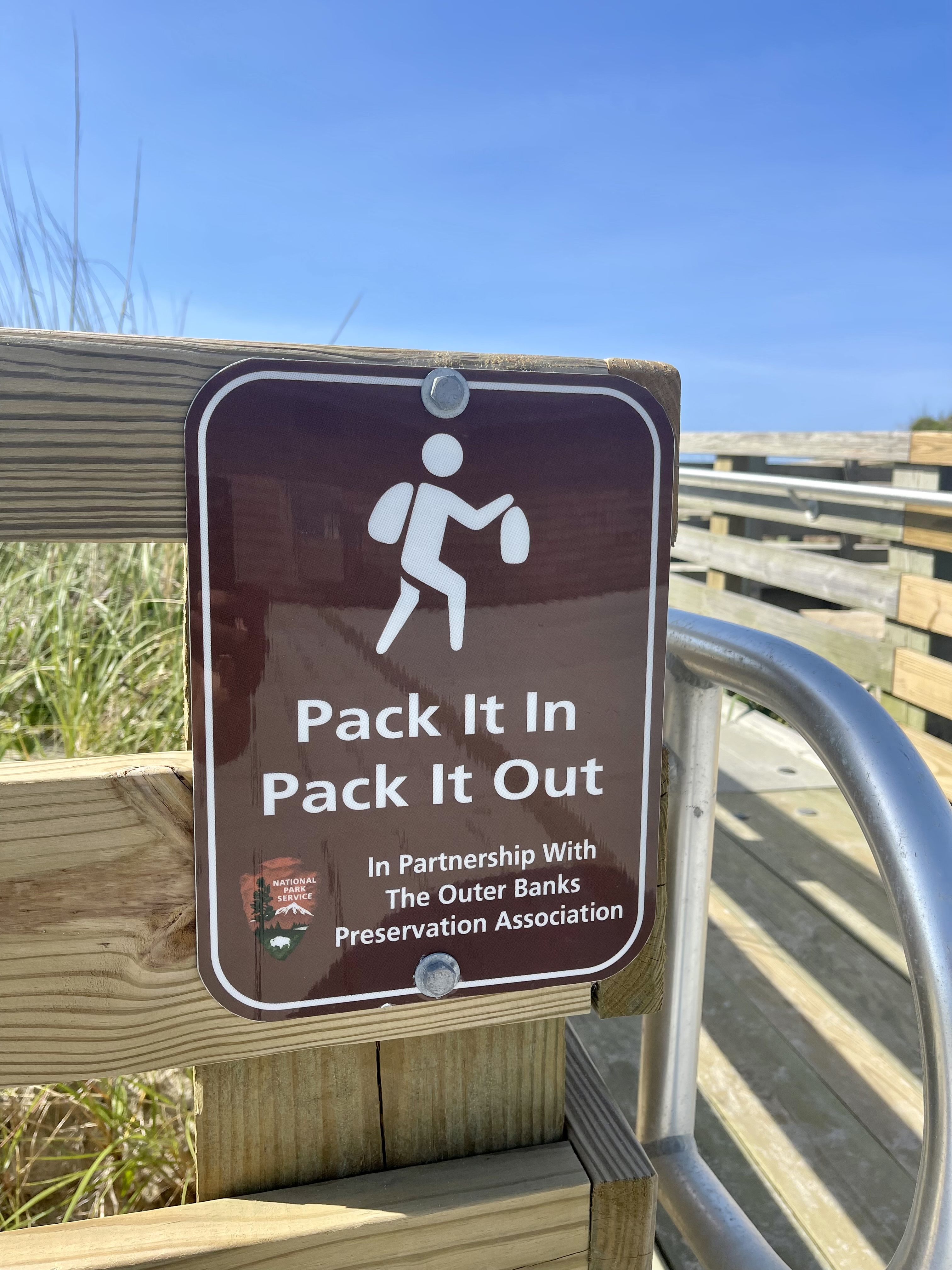 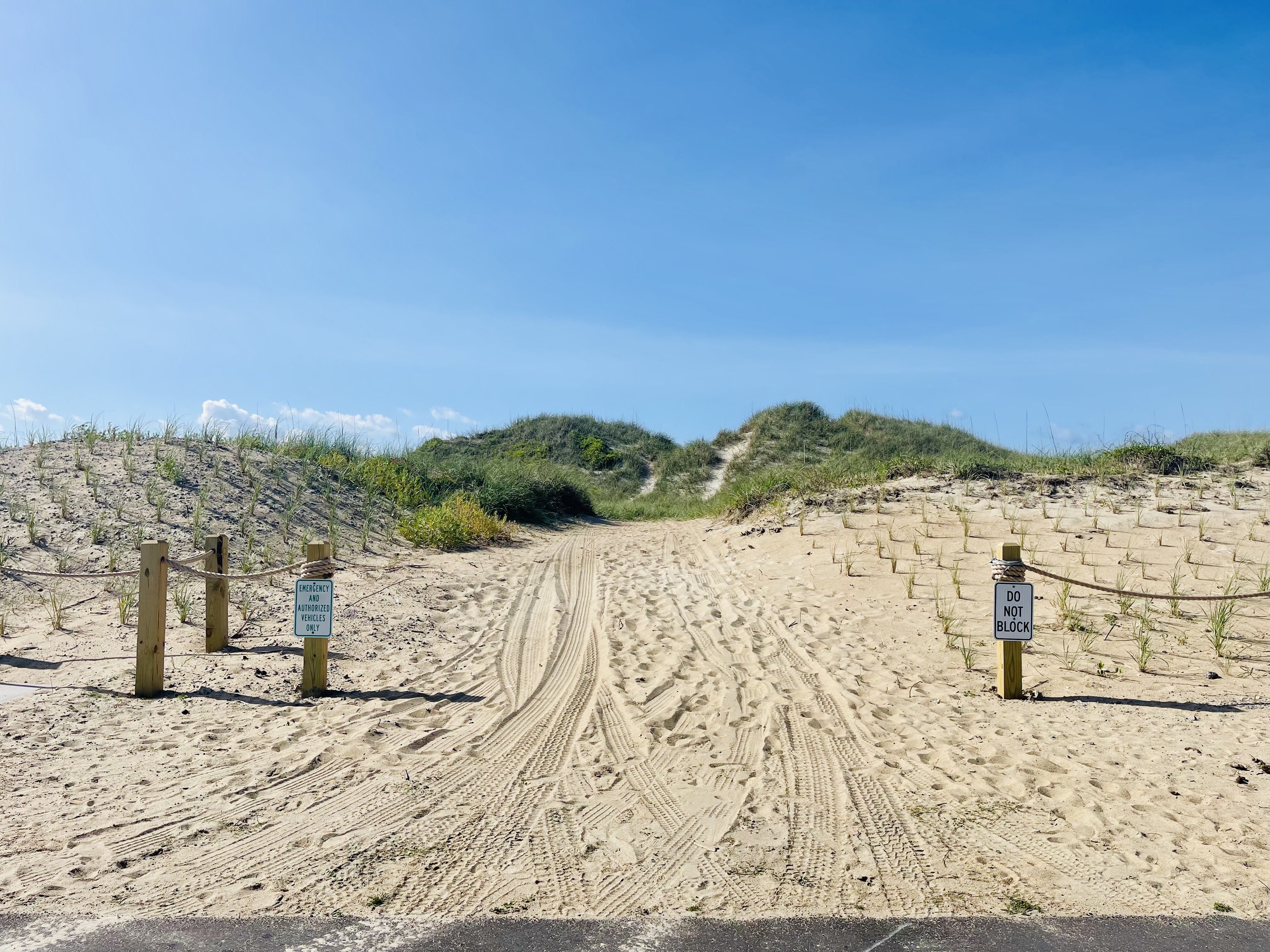